Ready for a tart and fruity hybrid to help you keep the good times rolling the whole day through? You’ll want to check out Runtz. 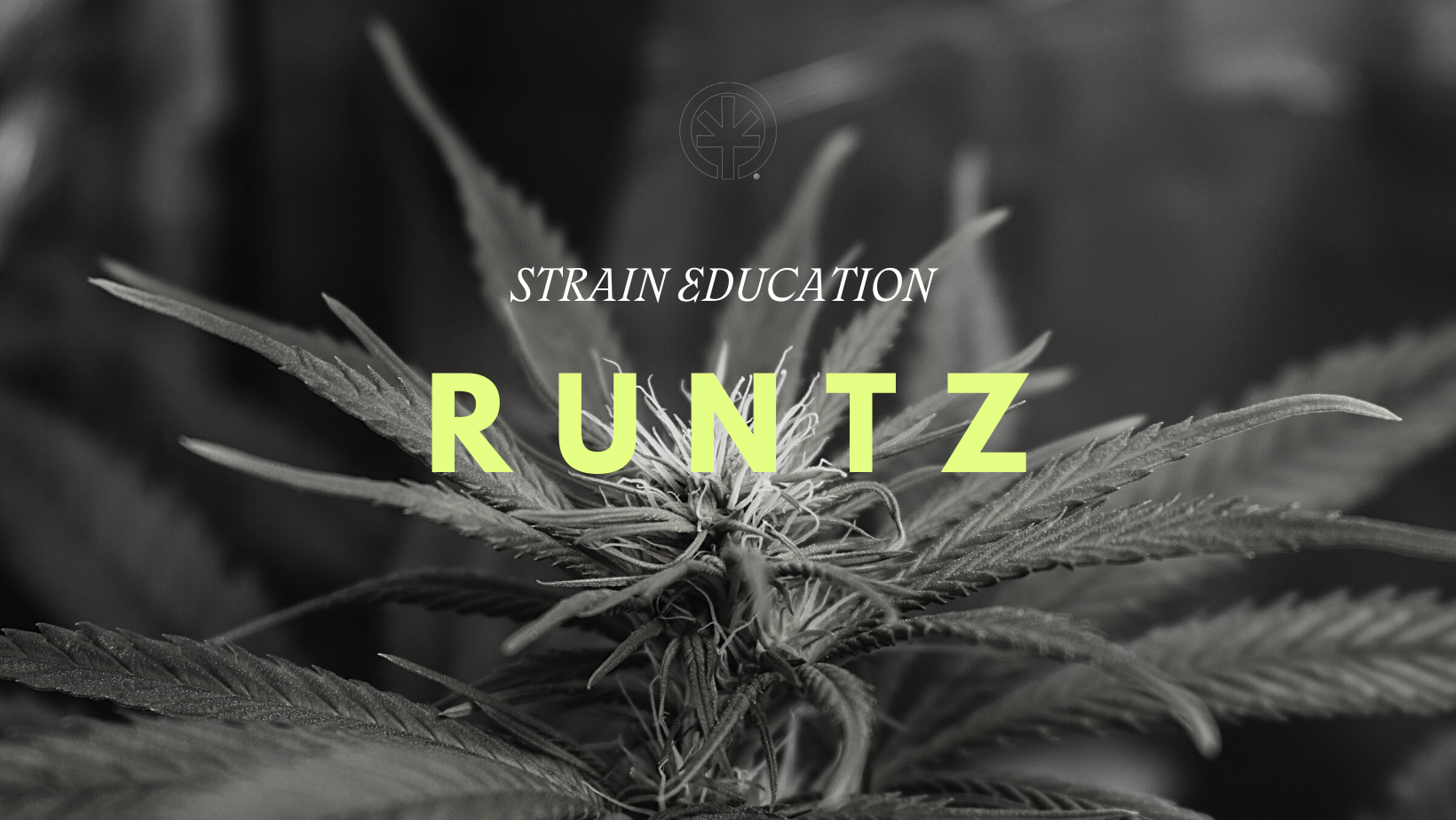 Ready for a tart and fruity hybrid to help you keep the good times rolling the whole day through? You’ll want to check out Runtz. Learn everything you need to know about the strain in this all-in-one Runtz strain review.

The Runtz strain is an exotic weed strain made from a 50/50 hybrid cross between Gelato and Zkittlez. It comes from a long line of award-winning strains propagated by Cookies Fam Genetics, though the strain itself has taken home several awards for its unique fruity flavor profile and balanced physical and mental effects. It even took home Leafly’s Strain of the Year in 2020. Also known as Runtz OG, this strain checks in around 20-25% THC and contains fruity and floral terpenes like b-Caryophyllene, Limonene, and Linalool.

The Runtz cannabis strain is beloved by connoisseurs and cultivators alike for its extremely loud scent and flavor and its balanced mix of effects. It’s also one of the prettiest flowers out there, taking on a light, fluffy sativa-dominant appearance. Each bud ranges in several shades of dark green with bright red pistils. In cooler climates, it isn’t uncommon for Runtz to throw purple hues. Best of all, each bud is coated in a dusting of silvery-white trichomes that give the strain its potency and fruity scent.

Scents, Flavors, and Effects of the Runtz Strain

A lot of strains are prized for their scent, but a lot of the strains that smell incredible tend to fall flat in the flavor department. However, that isn’t the case with the Runtz weed strain. Its flavor matches, if not surpasses, its scent. That said, it’s still something guaranteed to make your mouth water on the nose alone. While growing, Runtz plants smell sour and herbal, though they do showcase a tropical fruit aroma right before harvest. When you break the buds open, they throw warm, spicy notes that make the strain smell overwhelmingly dank. However, those tropical and pineapple notes are still prominent.

The flavor is an experience on its own, too. Like the aroma, the Runtz marijuana strain boasts dank, earthy notes upfront with the inhale. The smoke itself is very rich and tinged with a spicy, peppery flavor that is sure to make you cough. However, the aftertaste is what sets this strain apart from others like it. Instead of leaving you with that dank earthiness, it leaves behind a sweet and sour candy-like flavor, reminiscent of the tangy Runts candies.

With its potency and its high terpene content, the Runtz strain takes hold quickly and lasts quite a while. It starts with a potent mental lift that will make you feel floaty and euphoric. It chases the blues away with a prominent happiness-amplifying effect that can make you feel more chatty, sociable, and creative. However, it also comes with a potent calming effect that will leave you feeling mentally relaxed and capable. In higher doses, Runtz also offers heavy-handed physical relief that can leave you feeling relaxed, mellow, and sleepy. It’s sure to cause a case of the munchies, too.

Medical Uses of the Runtz Strain

Between terpenes like Linalool, Limonene, and b-Caryophyllene alongside above-average potency levels of 20-25% THC and its vast array of effects, Runtz is one of the best strains out there for medical patients. Its calming and uplifting mental effects are great against stress, depression, and even general or social anxieties. Its physical effects are strong but aren’t likely to leave you feeling too couch-locked to go about your day, so it’s ideal for the daytime management of chronic pain, nausea, a lack of appetite, headaches, and muscle cramps. 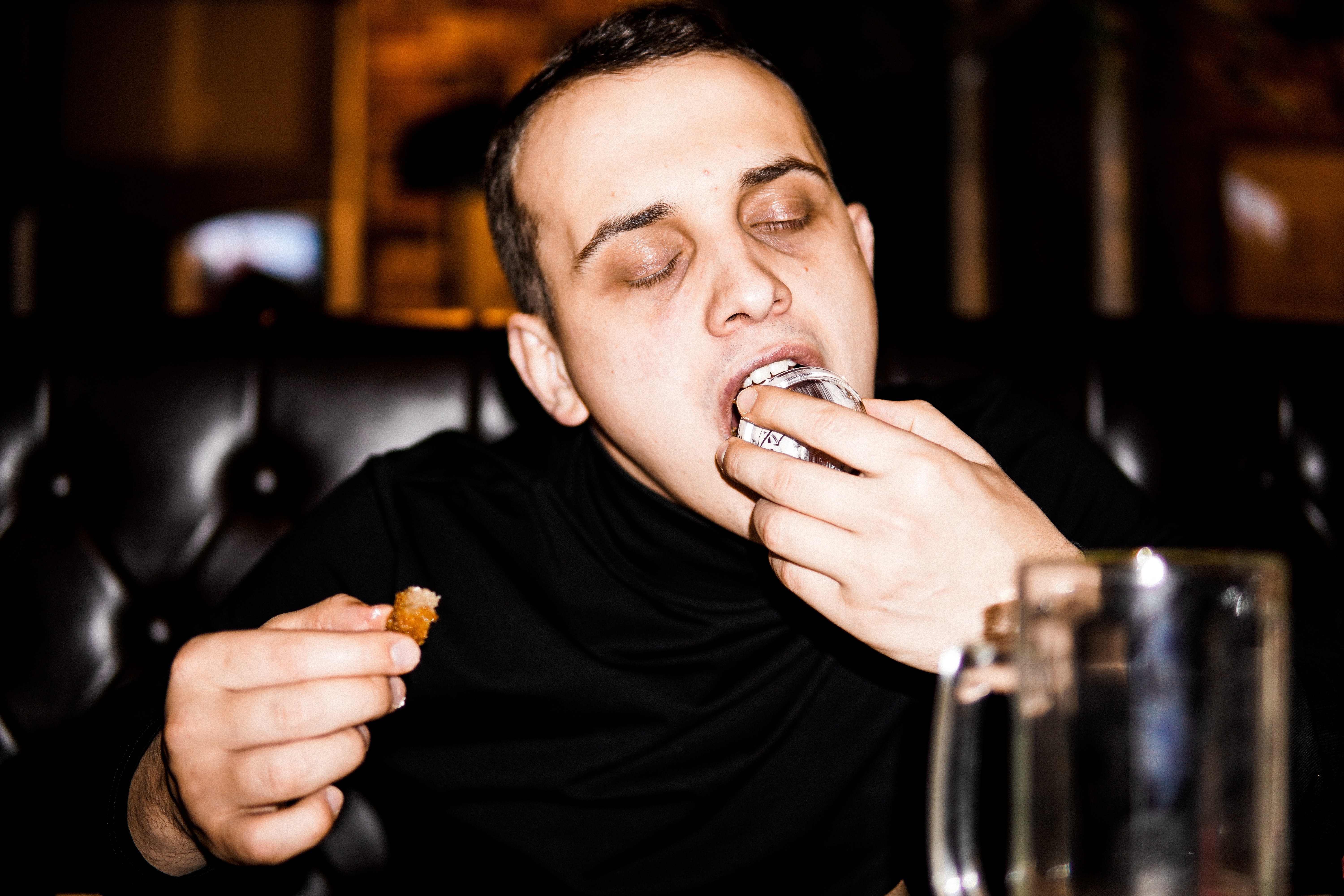 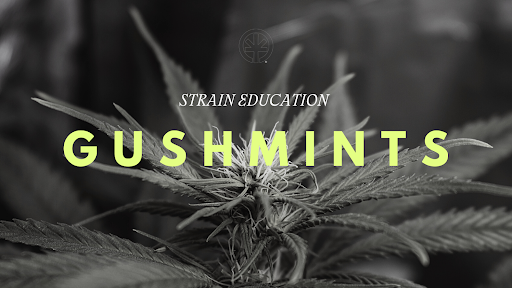